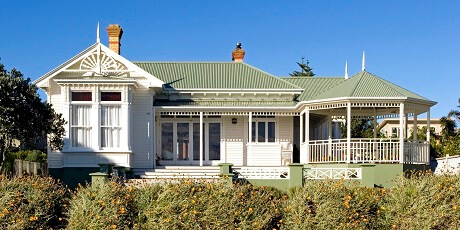 In this blog, we include the key parts of that guidance. The Panel’s full guidance can be downloaded here.

The Panel considers that there is a lack of robust s32 analysis and evidence to justify the inclusion of the Pre-1944 Building Demolition Control Overlay.

On the evidence, the pre-1944 buildings are not deserving of historic heritage scheduling or inclusion in a special character area. There is also no evidence to show that they are at any significant risk of demolition or relocation or that the areas where there are pre-1944 buildings are at risk of losing their character (as distinct from losing some buildings). The Panel is also concerned that this provision has not been assessed in the wider context of the strategy of the Plan for a more compact and higher density city.

The Panel regards the Pre-1944 Building Demolition Control Overlay as creating an additional method to protect buildings almost as though they were scheduled or contributed to an area of special character, but without any comparable analysis. Without a rigorous policy basis to justify such a degree of control, the breadth of the overlay appears unreasonable. The absence of adequate consideration of alternatives which might better enable matters of form (through bulk and location controls) or streetscape (through yard, vehicle access or subdivision layout controls) to be controlled so as to maintain character of areas of pre-1944 buildings leaves the Panel without much basis for amendment of the proposed provisions to address their faults.

In light of the above, it is the Panel's view that the Pre-1944 Demolition Control Overlay is placing unnecessary constraints and burdens on landowners seeking to develop their properties. It is also an unnecessary burden on submitters preparing for hearings on topic 079 Special Character and Pre-1944 Mapping. It is inconsistent with the compact urban form strategy. Accordingly, the Panel is not convinced that there is a need to impose a consenting regime through the Pre-1944 Demolition Control Overlay provisions.

The Panel suggests that the Council reconsider its approach to the Pre-1944 Demolition Control Overlay and the associated planning maps. If the Council wishes to pursue the Pre-1944 Demolition Control Overlay this should be done through a plan change process. Such a plan change should include the necessary mapping and provision I text work and a robust s32 analysis to justify the plan change. This should also include a review of the implications of such a protection mechanism against the Plan's urban growth provisions, and the basis on which any such control is founded in terms of s6 and s7 of the RMA.